The largest of the Cinque Terre, which in addition to the historical 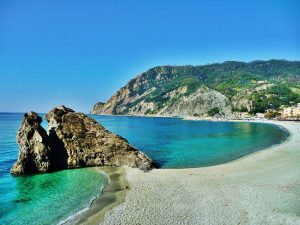 center of the village is developed along the promenade of Fegina, will conquer you with its many points of interest between the scenic Punta Mesco, on the border with Levanto, and the other side, where the path to Vernazza starts. It is the only one of these gorgeous villages to have large beaches with little round stones with well-equipped bathing establishments, and its shoreline is characterized by a magnificent sea stack, which has become one of its symbols. Of ancient origins, it returned to habitual splendor after the terrible flood that struck and partially destroyed it on October the 25th, 2011: a vision that ispired lot of poems of the Nobel Prize for Literature Eugenio Montale, who spent a long time in the family villa. In addition to its crystal and clear waters, admire the Giant's statue, the Cappuccini's Convent and the church of San Francesco, with the statue of the Saint of Assisi on a breathtaking terrace, San Giovanni's church with Ligurian white and black marbles, Torre Aurora, defensive building against the Saracens of the 16th Century. And those who want to climb on the hills, could visit the sanctuary dedicated to Nostra Signora di Soviore, in the homonymous location. As part of the Cinque Terre, along with Porto Venere and the Spezia archipelago, it has been included in the Unesco List of World Heritage Sites. 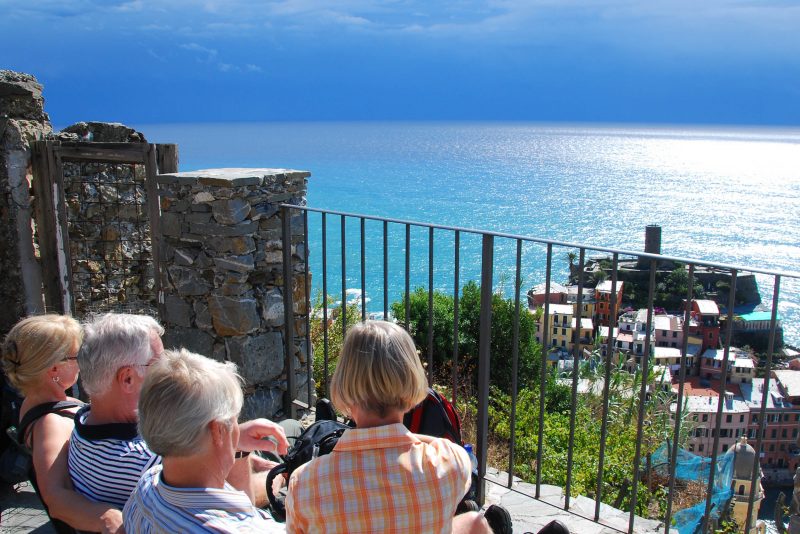 Hike from Monterosso to Vernazza with wine tasting

Cinque Terre walking tour: meet your hiking guide Matteo in Monterosso and buy a light lunch in some shop here, like a sandwich or a focaccia. Then you’ll start the hiking going uphill, you’ll reach the Soviore Sanctuary and some very old pilgrimage routes that will take you up …

E-bike tour: from Levanto to Monterosso enjoying the sunset

This e-bike tour from Levanto to Monterosso lasts 3 hours and allows you to pass from the centre of the nice town Levanto and discover it. Then you’ll see the heights of the valley around,  you’ll visit one of the Cinque Terre villages Monterosso and explore the beautiful valley behind … 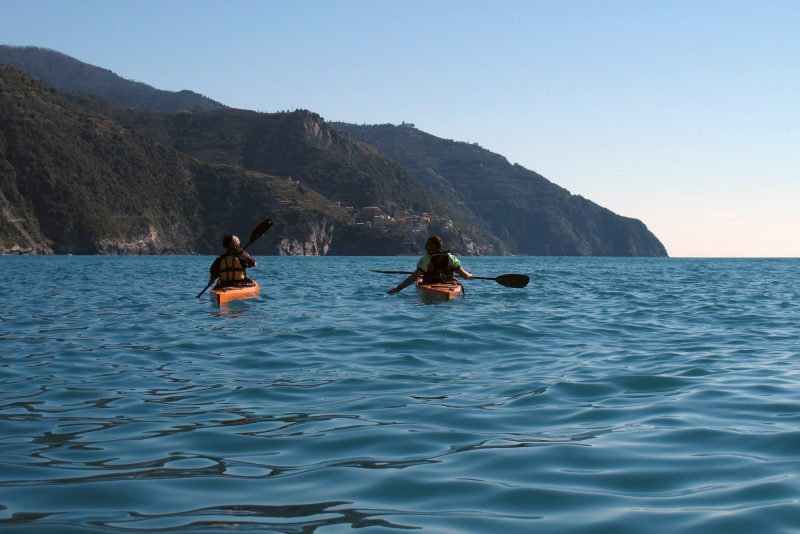 Experience a kayak tour in the Cinque Terre! On board of your kayak, enjoy the impressive scenery of sunset when the sea is less crowded, and everything is quieter. Admiring the awe-inspiring sight of the sun turning red, we paddle towards Vernazza discovering its cliffs full of caves, swim in … 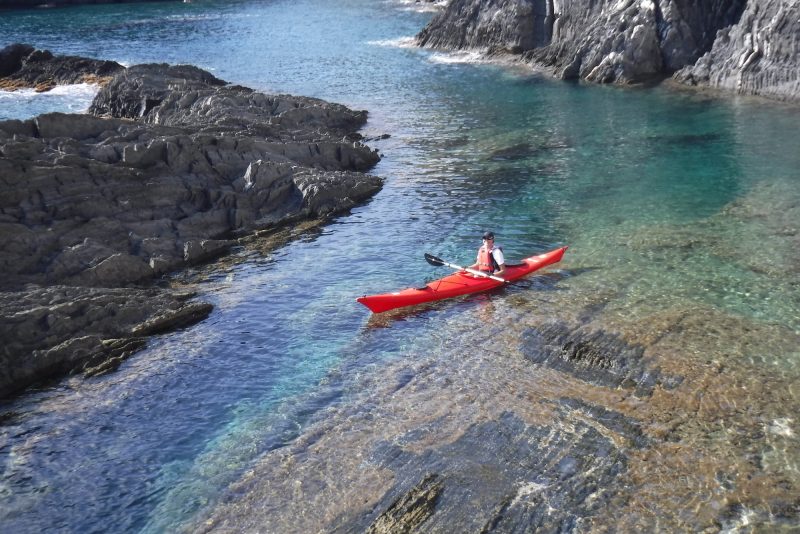 Try a Cinque Terre morning kayak tour in the protected marine area of the Cinque Terre National Park: a unique perspective for an exclusive experience! Available also during  the less crowded season, you’ll paddle safely with a local guide coasting amazing cliffs from Monterosso to Vernazza and Corniglia. The surprising … 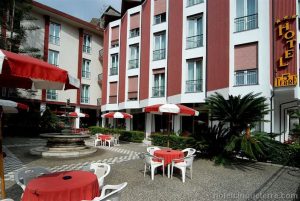 Run by family members, the Hotel 5 Terre is located in the biggest of the five villages, in an unique location close to the sea: it is only a few steps away from the sandy beach of Monterosso. Its 53 rooms are warm and welcoming, all giving access to two … 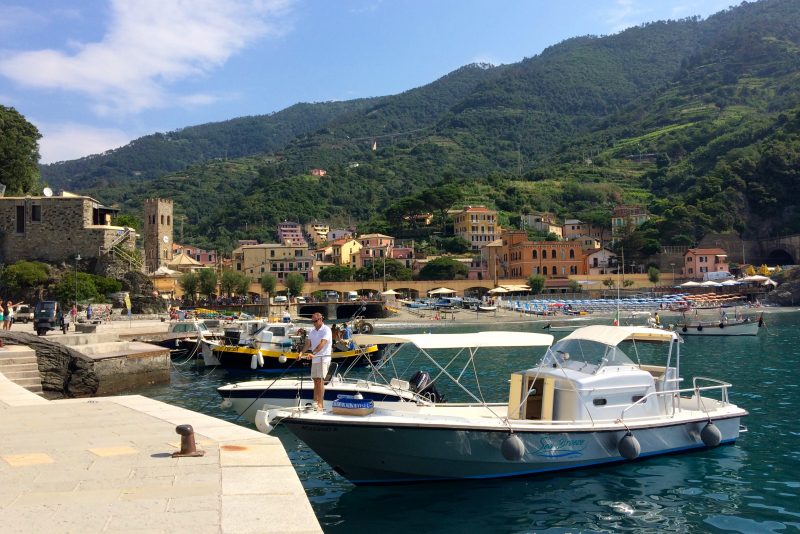 Elegant and fast motorboat to enjoy the Cinque Terre coasts or the Gulf of Poets, with stop for swim in special spot that only a boat can reach Elegant Motorboat – Monterosso Boat Properties: up to 12 passengers, 10mt long, 2 x 260hp; toilet, fridge, shower, sun ten, boarding ladder … 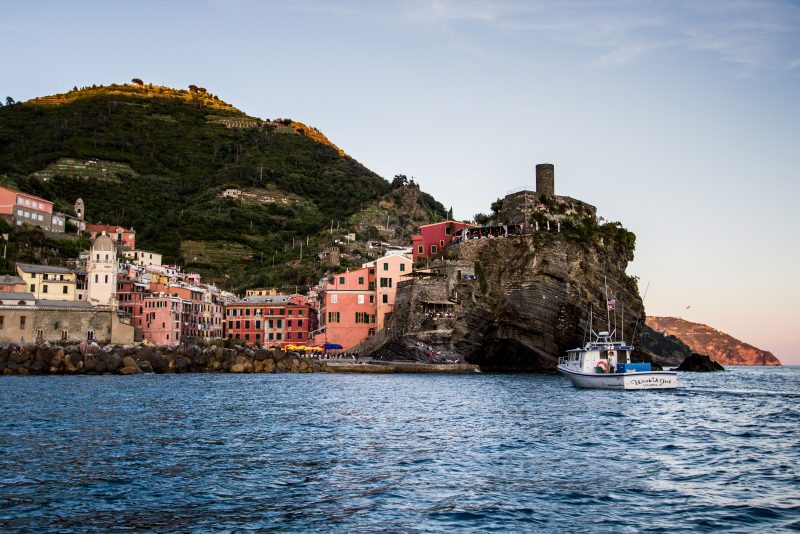 Exclusive tour during the sunset and night-time.  The tour starts in the late afternoon from Monterosso. You will navigate first towards the hidden beach of Guvano, located in an enchanting bay between Corniglia and Vernazza. Then you will sail towards Manarola until Punta Montenero. Here you can dive in unspoilt … 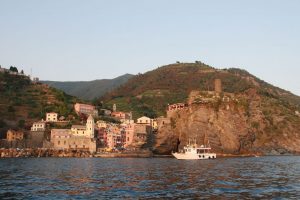 Lunch Boat Tour Cinque Terre A new perspective to admire the five rocked-perched village from the sea. The tour starts in the morning from Monterosso. You will navigate first towards the hidden beach of Guvano, located in an enchanting bay between Corniglia and Vernazza. Then you will sail towards Manarola … 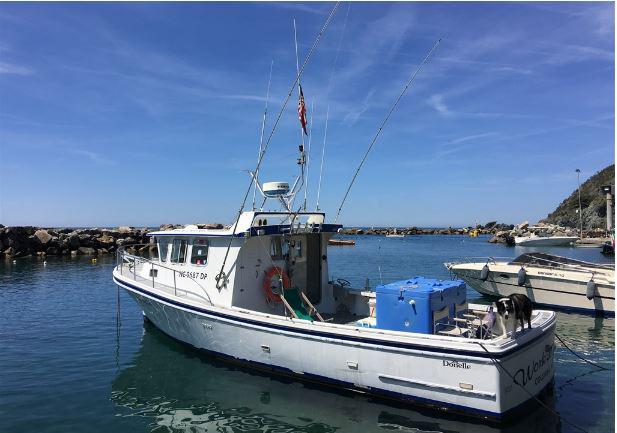 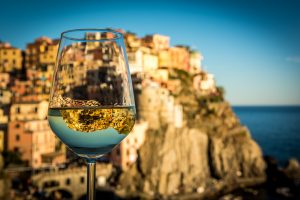 Enjoy a region of Italy known for its mild climate, charming port towns, beautiful landscapes and fresh local cuisine. The narrow strip of land known as the Ligurian coast is home to the UNESCO World Heritage site “Cinque Terre” a stunning national park free of vehicular traffic and perfect for … 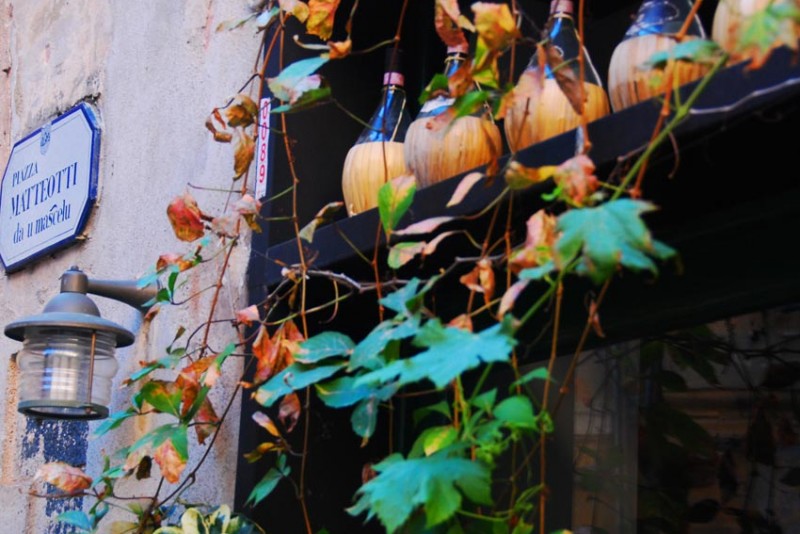 In Monterosso we would like to offer you a winetasting of wines from winemakers only from Monterosso. You will taste a conventionally made Cinque Terre DOC white wine, a naturally and traditionally made local white wine and a Sciacchetrà. Through this tasting we want to show you how in a … 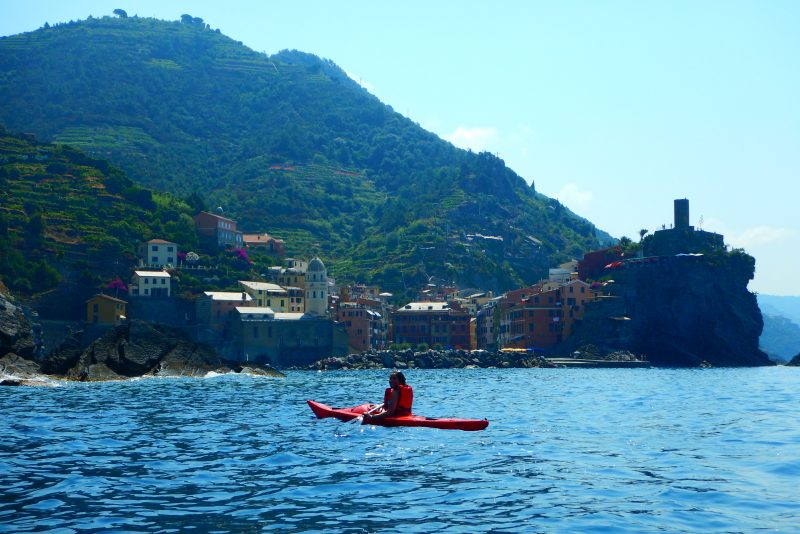 Explore the Cinque Terre and Portovenere Protected Marine Area in a slow but active way: paddle through crystalline waters populated by a great variety of fish and admire the colourful villages and green hills. Meet your English speaking guide the first morning in Monterosso and start paddling together along the … 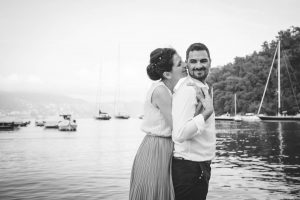 Photo Shooting in Cinque Terre: choose your favourite village and pose in front of it

The Cinque Terre photo shooting is the ideal occasion to save your wonderful moments. Create your unique story – told by professional images featuring you in these attractive, magic hamlets. Together with the photographer you will choose the location which can be a famous sight or simply your favorite spot … 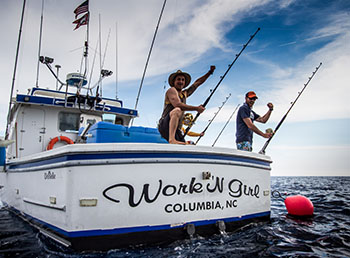 Today’s sport fishing is about using ancient traditions together with the most modern techniques and technologies. Experiencing the sea, while learning to respect balance, tasting your fresh catch and sharpen your skills and intuition, make it a fascinating discipline. The significant and prolonged presence of oily fish just a few … 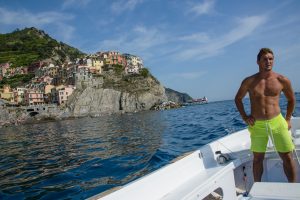 Morning boat tour: Cinque Terre from the sea from Manarola

This cruise is dedicated to the sea, nature and snorkelling in exclusive places, accessible only from the sea. First you will see Corniglia from below. After discovering various caves and grottos, you will admire Vernazza and Monterosso from the sea. On the way back, you will also see Riomaggiore and … 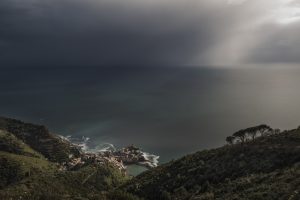 Photographic Tour: Learn the tricks of the trade in hidden corners of Cinque Terre

“Photography” literally means “writing with light” – and this is what a good photographer uses to create stunning pictures, different from the usual “snapshots” many tourists take while travelling the world. Learn how important the light, the right composition, the right moment, sometimes a different point of view and other elements … 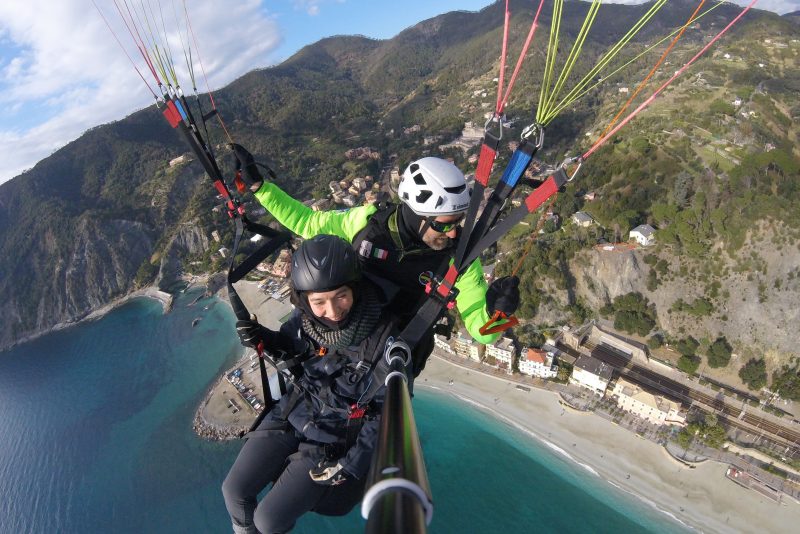 Paragliding: fly over the Cinque Terre (Monterosso) in winter

From October, 1st to April 30th: a unique experience is our tandem paragliding flight over the Cinque Terre with wonderful view. Start on a hill above Monterosso, fly for 15/20 minutes, land on the beach of Monterosso. You will fly with a professional flight instructor. Tour available: every day Meeting point: Monterosso Time: … 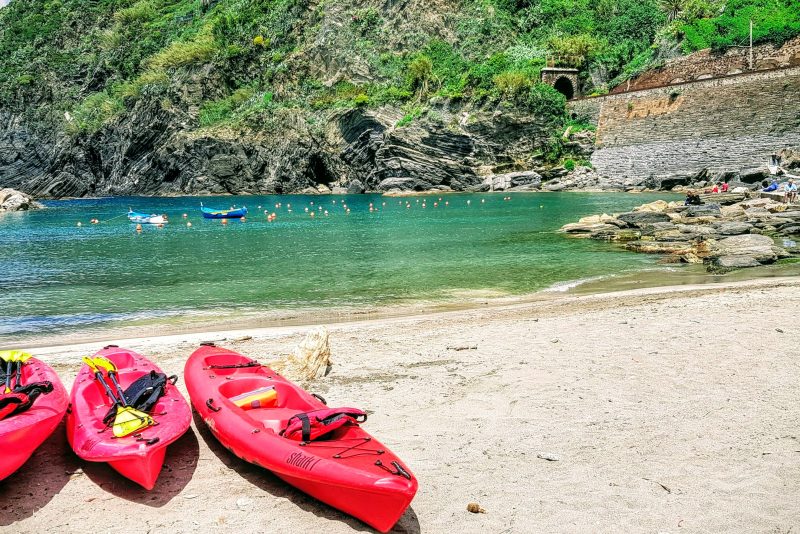 The best way to visit all of the Cinque Terre in a one day tour! The tour starts from Monterosso and continues paddling towards Vernazza and Corniglia. Our guide will show you the most undiscovered side of the Cinque Terre’s Marina Protected area along the amazing cliff of this beautiful … 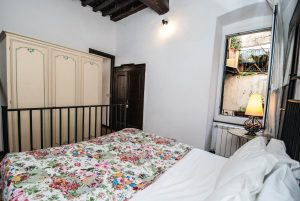 Little apartment centrally located, the Appartamento Raffa in Monterosso al Mare is located at the 1st floor of the building and, recently, it has been completely renovated. It located a few distance from the beach: you can get there with a short walking. Finely furnished, it has a double bedroom, …

Appartamento Loreto is located on the 3rd floor in a very quiet zone, near the historical centre of Monterosso, in Cinque Terre. It has one double bedroom, one triple bedroom, a bathroom and a fully equipped kitchen. Due to its features, it could be a good choice both for groups … 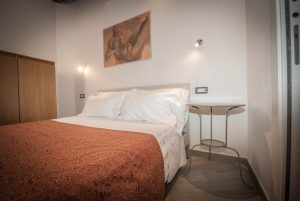 Appartamento Emy is a big apartment located in Monterosso, Cinque Terre. It can accommodate four people + other two people in other double bedroom (separated from the previous). Each accommodation has its private entrance. Located right in the heart of the historical center of Monterosso, at the first floor, is …

And get a 10% discount on your first booking.

Promotions and offers on our apartments and tours.

× Chat with us on WhatsApp!